Classical Homeopathy is based on four tenets of healing that have proven consistent and effective for hundreds of years.

Unless due to an injury, ailments in the body or mind signal an imbalance in the entire system.  Even if localized in one place like a rash or a headache, the homeopath recognizes that this is just one expression of the larger issue.  In homeopathy, the remedy recommendation is borne of understanding the holistic nature of the imbalance… which is why our appointments together often last an hour or more, so I can understand you on a level that most healthcare practitioners don’t treat.  Your headache is different from everyone else’s headache.

Most medicines you are familiar with work in the realm of allopathy or antipathy, where the substance fights against the symptoms — antibiotics, antidepressants, antiviral, antidiarrheal.  But I ask you, does this fix the underlying condition or just mask the symptoms?  Are you actually healing?  Have you experienced significant side effects and perhaps worsening health using these products?

Homeopathy employs the opposite tactic.  We use substances that are known to elicit symptoms similar (homeo-) to your pathology (-pathy).  While this may sound counterintuitive, the healing power of similars was recognized as long ago as the time of Hippocrates, and is demonstrated in some of today’s widely used therapies:

Homeopaths use the absolutely smallest possible dose needed to elicit healing.  You might say “Of course, Randy, that’s pretty obvious.”  However, homeopathy is unique in that there is literally zero material toxicity in most doses that I recommend.  This is because of a process known as potentization.  It is the aspect of homeopathy that is most controversial, because there is no scientific consensus regarding how it works.  Rest assured though, there is definitive science that it in fact does work.  Just because humanity can’t explain something well doesn’t mean it isn’t true.  As Shakespeare wrote in Hamlet, “There are more things in heaven and earth, Horatio, than are dreamt of in your philosophy.”

In potentization, remedies are diluted and succussed (activated by shaking) over and over again.  Oddly enough, the more times the remedy is diluted and subsequently shaken, the stronger the remedy becomes.

The final pillar is the single remedy.  Sometimes clients are in much discomfort and they don’t see why I can’t recommend them multiple remedies, like an allopathic doctor might write multiple prescriptions for each uncomfortable symptom.  The reason is that the one remedy is meant to address your entire set of health concerns (known as your symptomatic “state”).  I point you back to the first pillar — “totality.”  There is a single remedy amongst the thousands at our disposal to match your totality.   Often, after you’ve done some healing, you will have a new totality, one which has different symptoms but is not as sick or as uncomfortable as before, and then you will get a different, single remedy.  In this way, we continue — each remedy brings you to a new level of health.  The goal is to feel so good you have no desire or need for another remedy. 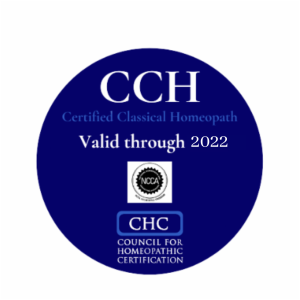